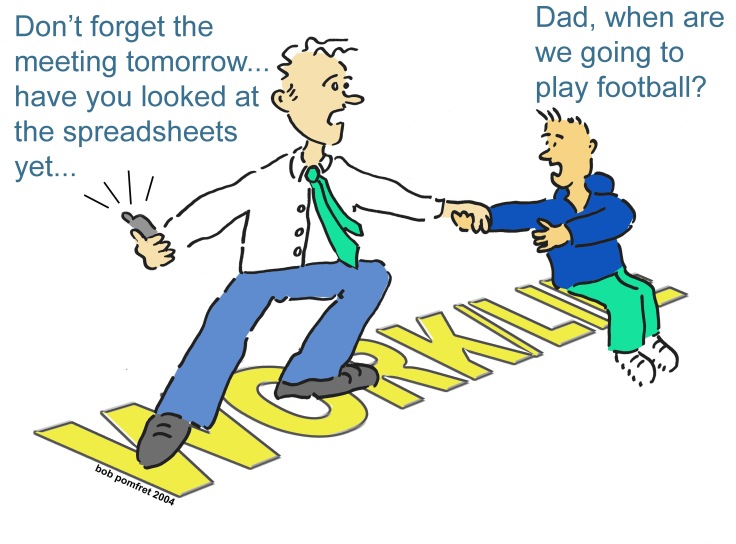 (This article will appear in the “Europolitan“, the alumni magazine of ESB Reutlingen)

Holidays, annual leave, 40 hour weeks, paternity leave “Elternzeit”. All that contributes what we in Europe call the work-life balance.

But how do things look in different parts of the world? Like in Hong Kong where I live.

I’ve been in Greater China for almost 10 years now and the question of “work life balance” never interested me. I just had to accept that things work differently in this part of the world. And with “differently” I mean it’s heavily tilted towards to work. Particularly when you compare it with Europe.

That starts with your annual leave. Where Europeans are spoilt with four to six weeks of annual leave, you’ll get two weeks (10 working days) in Hong Kong. But only when you’re lucky. By law, you start with zero (yes zero) days in your first year. Only after the first year of service you are entitled to seven (yes seven) days of annual leave. This increases by one day per year until a maximum of 14 days is reached. As I changed jobs twice, I never got above the 10 days per year.

Working hours are very different compared to Europe. Most people start working between 8:30 and 9:00 and officially are off work at 18:00. In reality, hardly anyone leaves before 19:30 and then starts their one to 1.5 hours commute back home. (Hence the demand for smartphones with large screens. You have so much time on your commute and bigger screens allow you to watch TV. But that’s a different topic).

And just because you’re home doesn’t mean you stop working. The emails keep on coming, particularly when your customers are in Europe or the U.S. Local companies don’t provide you with a company phone, it is expected that you use your private phone and laptop to check emails at home, even late at night.

“Hold on”, you might say. “That’s not too different from working in Europe.” Well, yes, granted. If you’re working in certain industries in Europe (investment banking, consulting, etc), chances are high that you’re daily schedule looks similar. But at least, you’re getting recompensed through a higher salary.

In Hong Kong everyone works these crazy hours. The investment banker and consultant, but also a simple sales or administration guy who just started out of university. It is just expected that you work long hours and are available any time. Salaries remain low outside the financial sector though. Hong Kong’s Chief Executive (a kind of “Prime Minister of Hong Kong”) said during the yellow umbrella demonstration that democracy can be problematic as, in this case, the majority of the people of Hong Kong will define public policy and the majority makes less than USD 1,800 per month. Just think about that. USD 1,800 per month! In one of the most expensive cities in the world!

So definitely Asia isn’t the place to be if you’re a fan of the 35 hours work and six weeks of annual leave. In fact, European’s attitude towards our free time can be shocking to Chinese, leading to a culture shock for Chinese when dealing with Europeans.

A few years ago, a company in Shenzhen (the city across the border of Hong Kong in Mainland China) acquired a French company. The Chinese management was utterly flummoxed by the fact that the French Senior managers turned off their mobile phones over the weekend and didn’t reply to emails. How is that possible? Of course it’s the weekend and all that, but you’re a manager and need to be reachable 24/7 when your boss needs you.

The same happened to me when I explained my colleagues that working with an Italian pump supplier means that no work gets done in August. Imagine the following dialogue:

– They don’t reply to your emails. They’re on holidays.

– But don’t they check their emails during holidays?

– When are they back?

– They are on holidays for one month?

– But who will replace or answer Mr XYZ emails during that time?

– No one. They close the entire factory. For one month.

– What do you mean? No one works now? For a whole month?

– No one works. Everyone is at the beach.

By the way, I experienced the same stunned silence when I spoke with friends about the recent email policies introduced by German car manufacturers. Shutting down the email server during night so that staff can relax is totally unheard of here.

So if everyone in Hong Kong is slaving away in 60 hours per week jobs, who takes care of the children? You might think there are day-care centres but you would be mistaken.

Women stay at home taking care of the children? Again, you would be mistaken. In fact, you need two salaries just to make ends meet in this city as property prices and rents are among the highest in the world (I’m living in a suburb with a one-hour commute to Hong Kong island and pay EUR 2,300 rent for a 90 square metre apartment).

Rent is expensive but you’ll have a maid

The answer: cheap labour (from outside Hong Kong). There are more than 300,000 maids from Southeast Asia (Philippines, Indonesia, Malaysia) in Hong Kong. These maids typically take care of domestic duties such as cleaning, cooking as well as childcare allowing both parents to work full time. Maids work six days a week for a salary of HKD 4,200 (EUR 480). They also are obliged by law to live in the same premises as their employers. Work-Life balance for these poor women? It’s work all the time except apart from a few hours on Sunday.

So when you visit this part of the world, don’t mention anything about “work-life balance” in Europe and don’t complain. Because people would consider you quite a spoilt brat.

But “Work-life balance” not only includes the time you spend in the office (or working at home) vs your free time. It’s also how those two areas, that tend to be separated in the West, are mixed and blurred in Asia.

It is quite common here for the boss to comment on your private life. And it is also not unheard of that staff seeks their superiors advice on private matters. Very often you also need to get involved as a boss in your staff’s life to help them sort out things.

A few years ago I managed a company in Guangzhou. Apart from two European interns we only had local staff, most were in their 20s. I learned that there’s a fundamental difference between 20s. Somethings in the west and east, even in the time of globalisation.

In western countries we tend to have our “crazy phase” during school and at university. The whole sex, drugs and rock’n roll stuff. (Luckily Facebook didn’t exist in these days so I’m spared of those photos hunting me the rest of my life).

In China it’s different. When you’re in your teens you need to prepare for the brutal ‘university entrance exam’. You won’t have much free time, your parents take care of that. And during your studies at university it’s all about graduating with a top grade. But once you start working, that’s when you can party. And they do (and who could blame them).

So if you manage a team of 20 something’s at work be prepared to council them on the choice of boyfriends / girlfriends, when they should have sex with a new partner, how to convince their parents about the new partner and be prepared to be invited to your staffs parents house where you get served wine with dead rat foetus swimming inside the bottle – I’m not making this up. (It is supposed to be good for fertility. But they only had two children).

…and the wedding afterwards

If one of your staff gets married in China you, as the boss, will certainly get invited. And if you don’t it’s such a massive loss of face for you that you really need to reconsider your management style. People tend to marry earlier compared to Europe. Women in particular are under immense family pressure to find a boyfriend if they aren’t married by the age of 28.

Colleagues are usually invited to the wedding. Typically, the your colleagues will occupy a few tables at your wedding. You might think that you also invite colleagues to your wedding in Europe but I’m sure you don’t invite the entire team but only those with whom you are friends. Here, you have to invite everyone. Otherwise you’ll cause a loss of face for those who don’t get invited.

While we are at weddings, if you get invited to a wedding this invitation is only for you. Your spouse stays home. When my wife got invited to a wedding in Hong Kong by one of her colleagues I asked her when ‘we should leave’. She looked at me and asked ‘why we? I go, you stay home or meet your friends’.

I was flabbergasted. Am I not supposed to join my spouse at a wedding? Of course not, silly European! Only if you’re specifically invited, e.g. friends you both know, you are invited. Otherwise it’s only one person going. But given that you need to pay to attend (you pass a red envelope with money that needs at least cover the expenses you incur, at least 60 Euro per person per wedding) some people are quite glad they don’t get invited to weddings.

I mentioned above that I was never really worried about the ‘work-life balance’ and accepted that you just have to work more. And as long work is fun that’s fine. But things changed.

In June 2014 I fell in love with a wonderful girl. She was so stunningly sweet and cute I knew I would do everything for her if you’d ask me too. My daughter. And just in August this year my son was born.

And you know what? Once you have children you suddenly look on the whole ‘work-life-balance’ question from a different perspective. Suddenly you treasure your free time.

In a first step I banned my company emails from my private phone and computer. Weekends are now reserved for the family, even Saturday which is still considered a working day here.

I just haven’t figured out how to convince Hong Kong’s government to introduce four weeks of annual leave per year….