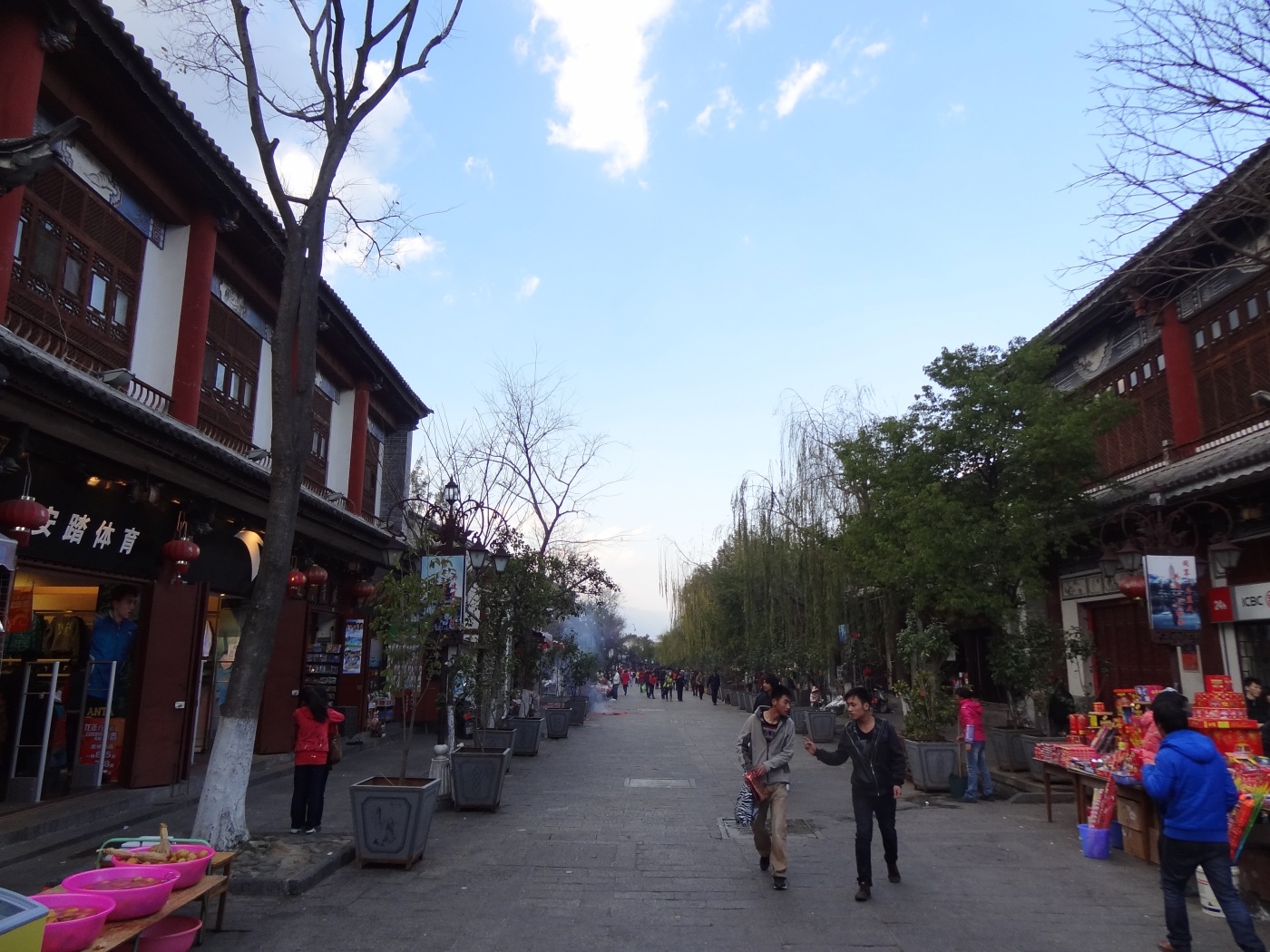 Cypris Hill’s “Hits from the bong” came to my mind when wandering through Dali, a city in China’s Yunnan province, 160km south of Lijiang. The locals sit outside their shops with a pipe that resembles a bong in appearance and – from a functional point of view – is entirely the same as it’s western counterpart. I’m not sure whether they also smoke dope, but I grant them to be lawful citizens and only use tobacco in their pipes. The pipes are normally made of bamboo or glass. As with the western counterpart used primarily for marihuana, the tobacco will be placed in a small pot. After being lit up it will pass through water inside the pipe before it is inhaled.

Maybe the availability of pipes lead to the demand for marihuana. As a foreigner in Dali chances are high that you will be approached by locals offering you the green stuff. It is said that authorities turn a blind eye on the trade and consumption. However, before you rush out to buy your plane tickets to Dali I’d like to remind you that a) the green stuff is still officially illegal in China and b) China still has the death penalty including drug related crimes. So maybe think it over again….

Dali has been known as China’s foreigners hippie city for quite a while. Indeed, when walking around in Dali’s Foreigner Street one meets Westerners whose average hair length is around 50cm. Next to Foreigner Street in Renmin Lu you find a bunch of bars catering to Western tastes. The best known must be Bad Monkey – foreign owned with their own brewery. The cocktail menu is extensive, but watch out. Some of these are pretty nasty.

Dali has it’s fair share of tourists, mostly Chinese but more Westerners compared to Lijiang. Similar to Lijiang, Dali features an amazing scenery. There’s a mountain range with well established trails. One 12km trail leads you along the mountain with stunning views of Dali. The trail is easily walkable but watch out on the edges as the trail is set in the mountain you will experience a few hundred meters fall when stepping over.

Lake Erhai is one destination you shouldn’t miss. It’s one of the biggest freshwater lakes in China, 60km long and 3 to 5km wide. You can experience the lake on a cruise. From Dali Old Town take a taxi or bus 2 to Caicun village and take a boat. The tour is a whopping 180RMB. Ask your hotel, guest house or one of the travel agencies for cheaper ticket.

Below you’ll find some photos of Dali, Lake Erhai and the Mountains.

Getting to Dali is a bit tricky. The airport has few flights, even fewer compared to Lijiang. There are flights to Guangzhou on an almost daily basis, but these are pricy. Best option is to fly to either Kunming or Lijiang and take a bus/train to Dali. The bus from Lijiang to Dali takes around 3.5 hours. It’s just 160km distance, but the road condition is appalling. Having said that, the drive offers some nice scenery so make sure you’re traveling during day time. The train is only 1.5 hours but there’s only a train once a day.